In the second decade of the 21st century mobile media devices are everywhere. The Viewfinders project is exploring what this means for mobile film – its impact on both creation and viewing.

The mobility and functionality of devices like smartphones mean that audience engagement with content no longer needs to be a passive viewing exercise, and can now in fact involve interaction, participation, and even location aware or responsive content. Anyone, anywhere, anytime, can be a film audience or film producer.

Viewfinders is a case study of this new frontier that aims to capture the experience of travel by amassing travelling shots from a range of contributors. The narrative will effectively produce itself, emerging organically without intervention in the form of shared conventions across the footage. We’re hoping to demonstrate the unique ability of mobile film to do something traditional film can’t: exist beyond the screen. You don’t watch Viewfinders, you share in its experience.

At this early stage we’re looking for content around which we can build an interface. Participants are asked to submit raw footage filmed on mobile devices of between 5 and 50 seconds, capturing the experience of being on the move by using only the travelling shot. Once we have enough footage we will develop a system that automatically sequences the shots according to a shared trait from one to the next. For this reason, the key characteristics for each shot must be identified when the video is uploaded. At the end of the project participants will be able to engage with the content through the Viewfinders AR interface and influence the narrative according to the travel conventions they want to follow, whether that be by following clips that document the experience of being within an overwhelming crowd of people, or standing in remote foreign wilderness.

Keep up with how the project is progressing on our updates page, where we will be documenting milestones and points of interest as they unfold. 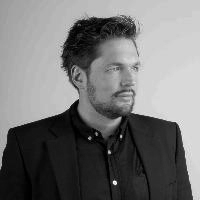 Max Schleser is a filmmaker, who explores mobile devices as creative and educational tools. His portfolio includes various experimental and collaborative documentary projects, which are screened at film and new media festivals internationally. His mobile feature film Max with a Keitai is included in the public film archive in the Forum des Images in Paris. Max conducted his PhD research entitled Mobile Mentary – Mobile Documentaries in the Mediascape in the Centre for Research and Education in Arts and Media at the University of Westminster in London. 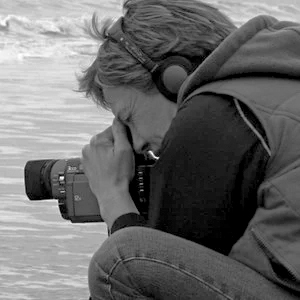 Gerda Cammaer is Associate Professor at the school of Image Arts of Ryerson University (Toronto, Canada). She is a film scholar, curator, and filmmaker with a particular interest in documentary, mobile filmmaking and other emerging film practices. Her current research focuses on the revival of microcinema—low-budget independent short films inspired by the creative possibilities of new moving image technology—and their lineage with historical forms of alternative short films such as home movies. Her own work includes found-footage films, art videos and short essay films. Her films have been screened at international film festivals, at conferences and in art galleries. 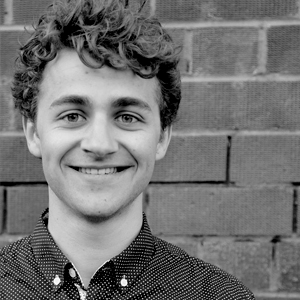 Phillip Rubery is a postgraduate student of Massey University in Wellington New Zealand. The Viewfinders project is a major component of Phillip’s Master of Design programme. Phillip’s experience traverses several design disciplines from motion graphics to typography, and he has a particular interest in digital media. An enthusiasm for graphic design and brand identity have seen Phillip work with organisations across New Zealand including Nourish Group restaurants in Auckland and Wellington, Bartercard New Zealand, DownTown Cinema franchise, and various local government bodies.

We need your footage to get this project off the ground